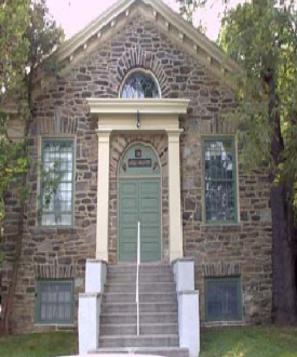 Before The Barnstormers organization was created there was a loosely formed group that produced skits, musical, and minstrel shows for their own amusement and diversion. Their activities were originally held on the second floor in Ward's Hall on Hinckley Avenue at Sellers Avenue. This was the only place in the Borough where dancing and public functions could be held. Their first performance was The Arabian Nights presented on January 22, 1909. Production in those days was not always a full two or three-act play. On May 13, 1910, the first public performance was held, previous performances being limited to club members only. The stage of the playhouse originally had no wings, entrances, or exits. Rugs would be hung as backdrops and lace curtains used to represent windows. Rehearsals were held in private homes.

The Barnstormers currently produces up to six plays a year, with the season running from September until May. No longer limited to the local community, The Barnstormers has participating directors, cast, crew, and volunteers from all parts of the tri-state area. In November 2004, The Barnstormers added two Singer-songwriter Nights, bringing the best regional performer's music to the stage in Ridley Park.  The Barnstormers also have a rich history of winning both State, Regional and International Play competitions.